Natural Approaches to Healthy Immune Functions in a Novel Time

With the advent of new research and management options surrounding the viral pandemic, many practitioners are deciding how to navigate the best direction to take with their patients.

As the pandemic continues, patients need additional help from clinicians to modify their lifestyle and dietary risk factors and improve their immune defenses. They need support in getting chronic inflammation and autoimmune conditions under control, moving toward a healthier weight (or avoiding additional weight gain), improving their diet, and improving their fitness through increased physical activity. These long-term goals are too late for the current pandemic's first wave, but later waves and new pandemics threaten. Patients who have experienced infection with a novel virus can develop long-lasting inflammation, leading to autoimmune disease and long-hauler syndrome. By helping your patients understand how to improve their immunity and reduce their risk, you give them the tools to enhance their ongoing health.

Join us for an insightful presentation with Dr. Robert Silverman, an industry expert. Dr. Silverman will discuss how to navigate this pandemic through multiple phases and share leading-edge protocols for improving patient outcomes. This presentation will cover inflammatory markers, protocols for calming systemic inflammation, optimizing the gut microbiome, and supporting mucosal immunity.

Topics to be covered:

This course will be recorded and available for 1-Distance CE, with successful passing of a quiz, once it becomes recorded. 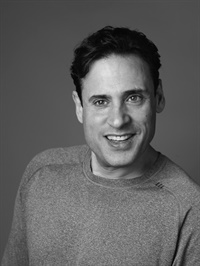 Dr. Silverman is on the advisory board for the Functional Medicine University and is a seasoned health and wellness expert on both the speaking circuits and the media and a frequent health expert contributor on national blogs such as Consumer Health Digest. He has appeared on FOX News Channel, FOX, NBC, CBS, ABC, The Wall Street Journal, NewsMax. He was invited as a guest speaker on “Talks at Google” to discuss his current book. A frequently published author in peer-reviewed journals and other mainstream publications, Dr. Silverman, is a thought leader in his field and practice.

Dr. Silverman was the principal investigator on a Level 1 laser FDA study.
His new book, Superhighway to Health, is expected to be published in August 2021.

Do you need to pay by check?